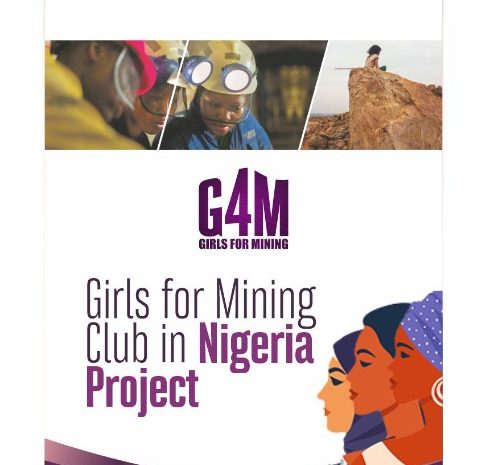 Abuja, 3 Nov. 2022 – Women in Mining Nigeria, a foremost non-governmental and advocacy group for the rights and protection of women in the extractives industry, has concluded plans to launch the Girls For Mining (G4M) initiative in three other states of the country, namely Plateau, Osun, and Taraba. This comes on the heels of continued efforts to make the sector attractive to young girls in secondary schools across Nigeria.

The initiative is set to launch in Plateau state on November 10, Taraba state on November 14, and Osun state on November 17, 2022. The move will see WIMIN take the G4M Initiative to these states and establish the G4M Club in secondary schools across the states, following the inauguration of the club in some schools in the Federal Capital Territory on July 13, 2022. The inaugural induction in Abuja was well attended by renowned Nigerian women who have distinguished themselves in their careers, including a former Minister of Education, Prof. Chinwe Obaji. A total of 51 schoolgirls were inducted as inaugural members of the club.

The G4M Initiative was launched on 8th of March 2022 in Abuja, the Federal Capital Territory, to mark the International Women’s Day. The launch had 10 secondary schools, stakeholders in the FCT administration, relevant government agencies, civil society organisations, partners, and members of the press in attendance. The goal of the initiative, as revealed by Engr Janet Adeyemi, President of Women in Mining, is to encourage young girls to embrace Science, Technology, Engineering, and Mathematics (STEM)-related courses, and expose them to the numerous opportunities in the extractive industry.

Speaking on the planned launch, Engr Adeyemi observed that women in the extractive industry in Nigeria are predominantly at the lower ebb with little or no education. “This low participation is due to lack of education and stringent cultural barriers. With enlightenment and more educated young women coming into the sector, those barriers can be broken and we can more quickly achieve equality in the sector, especially in Mining.

“We’re now moving to Plateau in the North Central, Taraba in the North East, and Osun in the South West. We’re gradually spreading the message and ensuring that we catch these young girls young, nurture and groom them, expose them to what the sector offers, and input in them a passion for STEM, and specifically Mining”, she said.

The overall objective of the G4M Initiative is to fast track the process of mainstreaming gender in the solid mineral sector in Nigeria. This will involve positioning young girls on their career path in the mining sector, stimulating the love, appreciation and respect for environment in them, encouraging them to take STEM-related courses needed to play effectively in the mining sector, and debunking the myths and norms which make working in the mining sector unattractive for young girls.

Through the initiative, WIMIN will engage in capacity building for the young girls, organize talk shows, debate and quiz competitions, excursions, exchange programs, summer camps, mentorship and internship to deconstruct all the negative beliefs and biases inherited from cultural norms, while ensuring non-interference with their regular school activities.

The G4M platform will also serve as a medium for mentorship and coaching where young girls can meet and make role models and mentors of inspiring achievers in the mining sector. It is hoped that this initiative will kick-start the change in perception of young girls about the mining sector, while encouraging secondary school authorities to include mining in their curriculums.